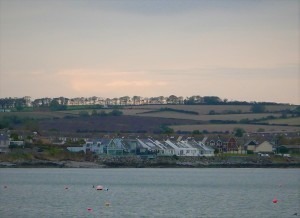 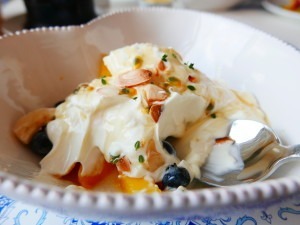 We had a delicious breakfast at The White Cottages recently when we stayed on an unexpected trip to Skerries – The bread basket sat unassumingly on the table in the breakfast room overlooking the sea there, and we were almost finished when I noticed two slices of what appeared to be Irish Soda Bread, sitting shyly amongst the other offerings.

Naturally, nothing could prevent me from trying it, and it was so delicious that Joe found me Jackie’s recipe which I duly took home with me. 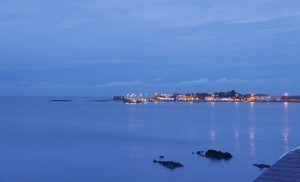 The view from The White Cottages to Skerries Harbour

If you only have a larger (2lb) tin, this recipe will give you 1 large loaf.

I was lucky enough to find a couple of small tins on a visit to a local Garden centre, so naturally nothing would do me but to have a go. 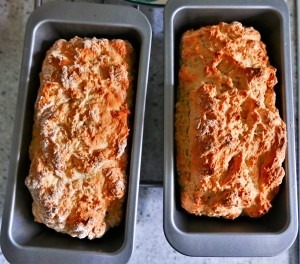 This is a gloriously simple recipe, and the bread can be made, popped in the oven, and cooling in less than an hour – it’s no wonder that this is the bread that is made on a daily basis up and down the country.

So tell me – what are you waiting for? 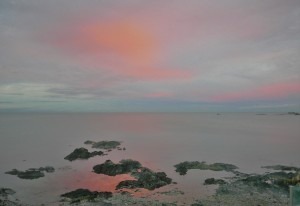 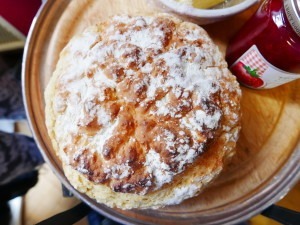 This is Mrs Norah Brown’s Soda Bread – made in a circular sponge tin.

Here are some more pictures of Skerries – it’s one of my favourite places, ever since my parents first went there to live in 1983. 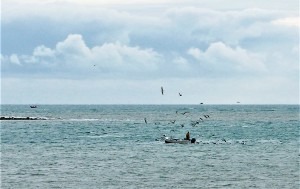 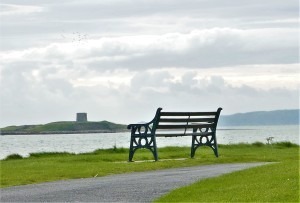 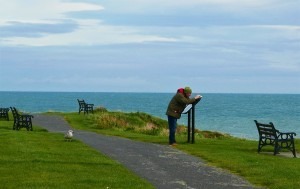 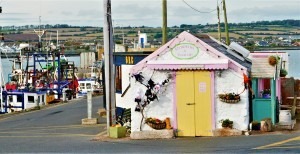