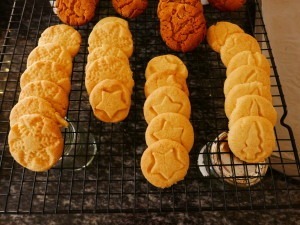 I’m pretty sure if I’ve mentioned it before, but at work we had a serious habit of throwing a Bun Party at the drop of a hat. All birthdays were celebrated, with cake, nibbles and jolly singing. Sometimes however, on the occasion of someone going off to get married, have a baby, have an extra-large birthday – mine, for example 😉  or  – God forbid – actually leaving, we tended to push the boat out with a rather grander event.  Everyone had their speciality – I was usually asked to bring one of my Plum cakes https://eatingforireland.com/recipe/up-side-down-plum-cake/ but that’s small beer compared to some of the creations that have been presented over the years..

It was at one such event, that I came across Lorna’s Shortbread; or rather, her sister’s shortbread. As soon as I’d had my 3rd piece – nothing like a good bit of research, I always say  – I asked her for the recipe.

The recipe has proper butter, but also that old baking ingredient – Stork margarine. I’ve tried this recipe both with and without the Stork, and it’s better with it. It’s not an ingredient that you’ll often see on this site, but these dreamy little biscuits are worth it. The pictures here show some rather Christmassy decorations, but of course you can do some that are more season-appropriate as you go through the year..

Have a go – they’re easy and delicious. This is a rather large recipe, but it can easily be halved. Having said that, they’re very moreish – so you have been warned! 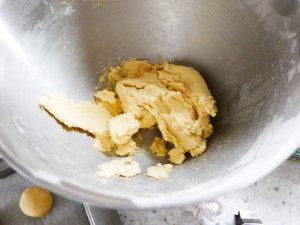 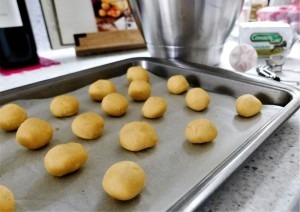 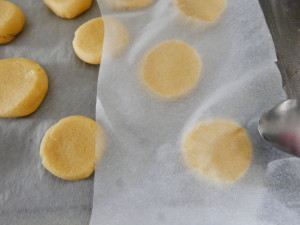 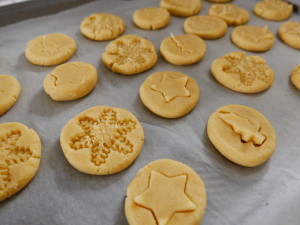 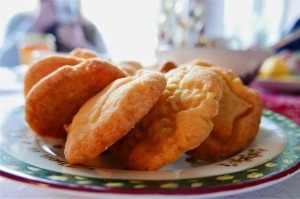 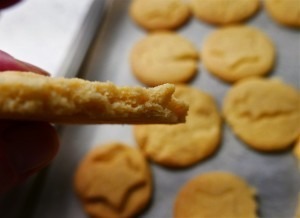 They are so beautifully crumbly.. 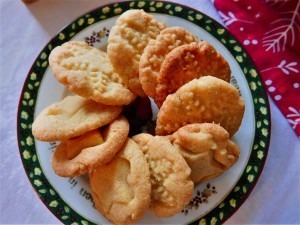