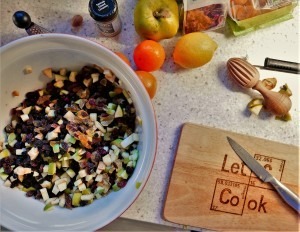 I like to get started and  make my mincemeat in early November – there’s a great feeling of satisfaction as you line up the filled jars in your cupboard!

My basic recipe is taken from my precious and much-loved Delia Smith’s ‘Christmas’ book which my Mother gave me when I cooked my very first Christmas dinner. I think it’s out of print now, but if you check out second-hand bookshops and National Trust properties for hidden treasures, you might get lucky.

I pull my copy from the bookshelf  in early November , and it sits on the counter top from then until Christmas Day! 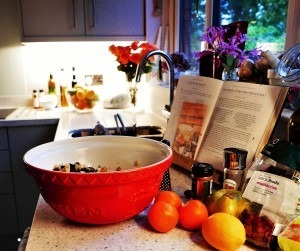 Delia’s ‘Christmas’ in place on my work-top!

This recipe is all about suiting yourself – so, whilst keeping the basic quantities similar, you can do what I do: remove the nuts (nut-allergic daughter) add apricots and dried cranberries, the zest of 2 or 3 oranges, etc. or whatever you and your family like.

Remember that it’s your Christmas!

The quantities here are enough to make the many, many dozens of little mince pies that I rustle up every year, and still have a few pots as gifts for friends and relatives.  There’s often enough to have the happy chance of finding a forgotten pot later on in the year as an unexpected treat. It keeps well  for at least a year, so don’t feel you have to use it all up immediately. 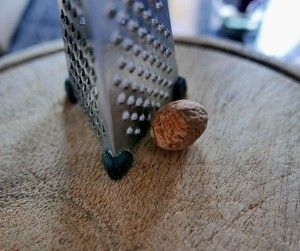 METHOD: This is sooo easy! 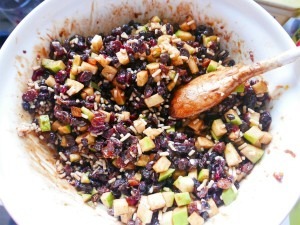 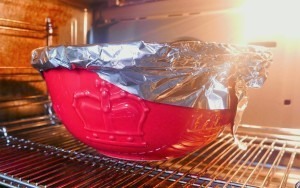 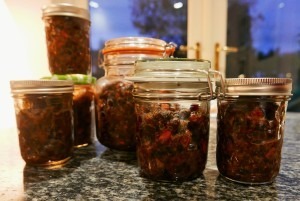 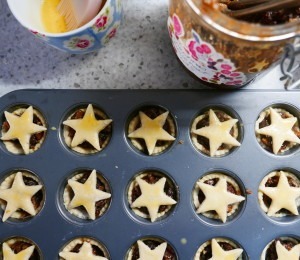 This is how I make mine, but you can have closed tops, Santa shapes, lattices, whatever you fancy! 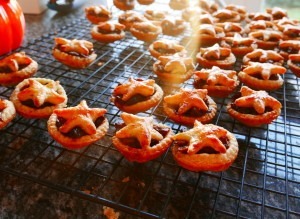 My Mince pies are really quite tiny, but the 12-hole trays they sell will make larger ones – perfect if you’re short of time..

Mince pies are a real taste of Christmas and we make them fairly regularly in the run-up to the Big Day. If you can’t be bothered making pastry etc, be sure to try my Cheat’s Mince Rollups – made using ready-made Puff Pastry – they are so delicious! https://eatingforireland.com/recipe/cheats-mince-and-cranberry-rolls/