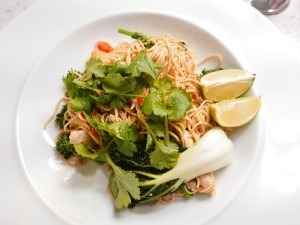 I spotted a nice looking pack of stir-fry vegetables in the supermarket the other day, and with a few chicken fillets in the fridge, I thought it would make a quick and easy dinner.

My packet of veggies had some baby sweetcorn, two little pak choi, a stick of lemon grass, some broccoli,  mange tout and a red chilli. The nice thing about stir-fries is that you can pick what you like, leave what you don’t and also use up some random stuff from the vegetable drawer.

If you’ve ever made a stir-fry before, you’ll have learnt the hard way (haven’t we all?) that preparation is key – that’s why I’m going to literally walk you through this step by step. Forgive me if I’m being bossy, and ignore me if you like, I won’t mind 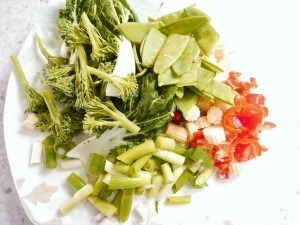 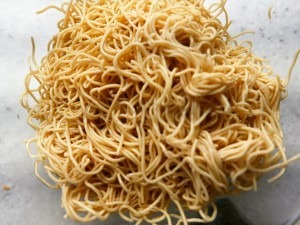 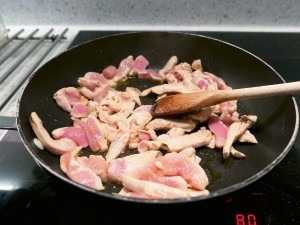 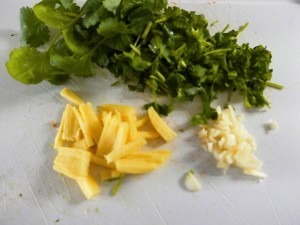