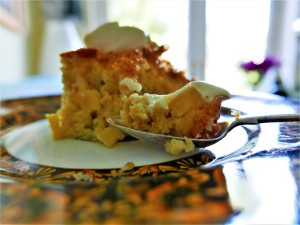 There’s already a tried and tested Apple and Sultana cake on Eating for Ireland, https://eatingforireland.com/recipe/apple-and-sultana-cake/  but when I saw this unusual little French Apple Cake on a site called ‘Pardon your French‘, I thought it was worth a go. It was the strange way that the batter was made that attracted my attention, plus the fact that it appears to be made with what we would consider to be ‘eating’ apples. Perhaps they don’t have Bramleys in France – or Canada – which is where this lady hails from. I thought it would be handy to have a cake where you could just use up the apples in the fruit bowl. On its second day, the cake part becomes rather  soft and ‘custardy’ for want of a better description – I really liked it like that too!

It’s best if you follow the METHOD as it’s written here, because there are lots of pitfalls along the way.. I speak  as one who made this cake for the first time, and realised that she walked straight into said pitfalls – however, the cake appears to have survived! 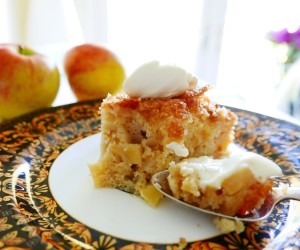 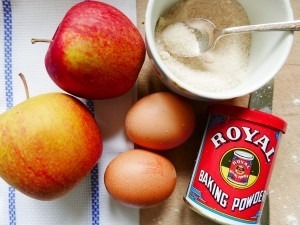 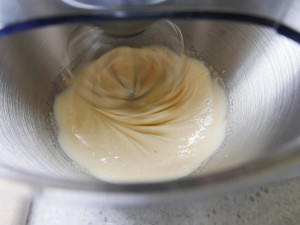 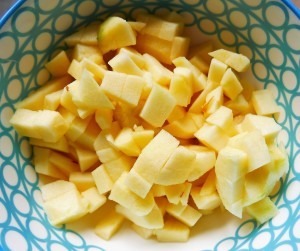 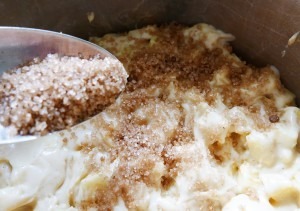 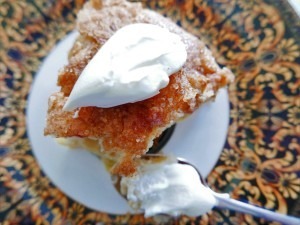 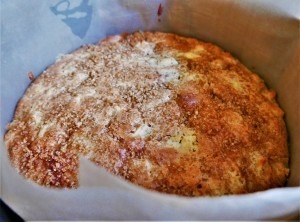