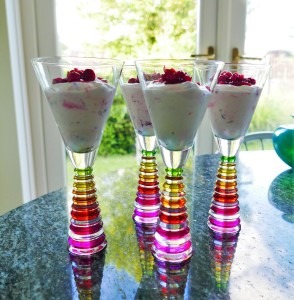 This is a wonderful Summer dessert. There’s just something so delicious about the slightly tart (that’s the way I like them) cooked Gooseberries, and the creamy, sweet concoction that cradles them in its billowy folds..

It is seriously good stuff though; so if someone offers you some Gooseberries, grab them with both hands, and say thanks very much..

Like anything though, Gooseberries can be hard work; especially if you’re picking them yourself, as I was, from a completely neglected bush in my tangle of a back garden. You also have to ‘top-and-tail’ them before use. 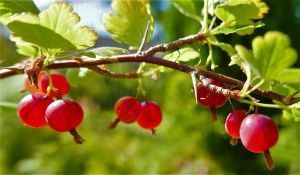 Here’s a piece of really good advice, from one who has suffered so you don’t have to – Don’t wash them before you top and tail them! You’ll thank me, honest you will.. 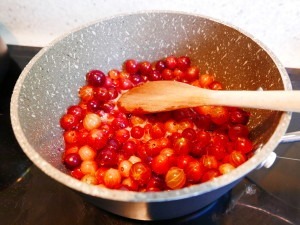 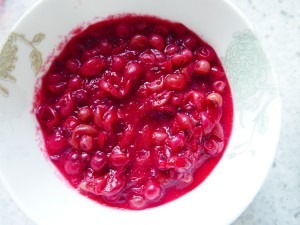 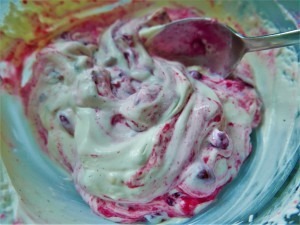 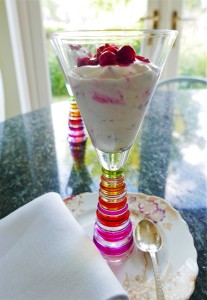 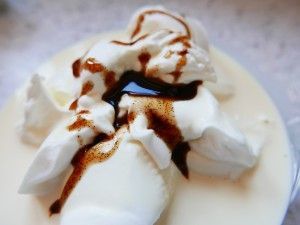