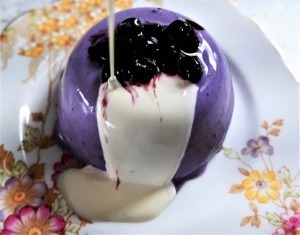 Several times a year, Mr Sat Night meets up for a leisurely lunch with his former colleagues who take one look at a dessert menu and say -‘well we all know what Jack’s having..’  Jack always, but always, has the sticky toffee pudding (and who can blame him?).

Well, I’m a bit like that with Panna Cotta, especially ones with unexpected addition or flavours. I find it very hard to go past it on a dessert menu. I tried to make it once, and frankly it wasn’t a success – I think I was too hung up on the amount of cream in the recipe, and that whole bain-marie thing. However I saw this recipe for a lower-fat version in a recent Good House-keeping, and decided to have another go. I was pretty happy with the results..

EQUIPMENT: This recipe makes 4 portions, but you can easily double it. 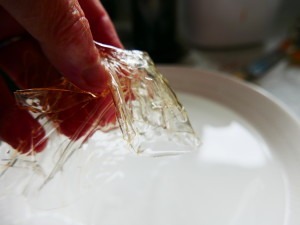 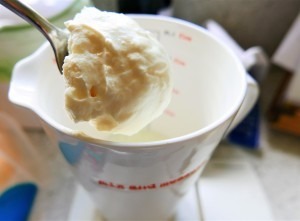 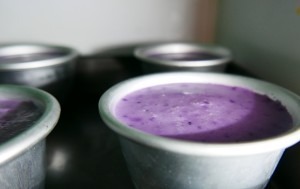 Divide this between the prepared moulds, then put in the fridge for at least 3 hours, or until well set.

They’ll keep for a day or two like this.. (Cover them with cling film to avoid accidents in the fridge) 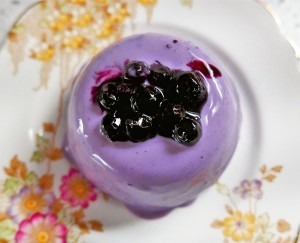 Put a spoonful of the reserved sauce over each one, and serve.. ( Sometimes I like a little drizzle of cream as well) 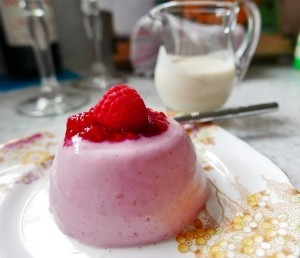 This is the finished Raspberry version – as you can see, it turned out really well – I love how you can see the vanilla seeds in the mix..