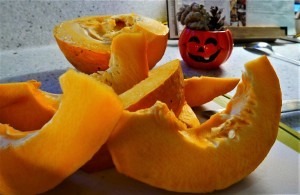 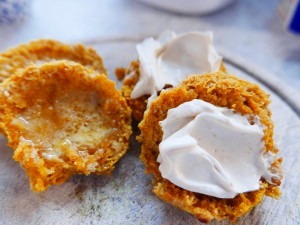 Halloween – a tradition with strong Irish roots – is a big deal in Ireland. In fact, there’s a widely-held belief that it actually started in Ireland. If you’re interested in the ancient roots of Halloween, just put the word ‘Samhain’ into a search engine..

It’s the last big occasion before Christmas; a Bank Holiday weekend in the Republic, and the kids are on half-term holidays.

We had huge fun at Halloween when we were kids – bobbing for apples; Jack O’Lanterns, made from turnips; Mum’s Barm Brack, with the ring for the lucky finder (who will be married within the year – so important to us kids!) Dressing up in too-big clothes (no fancy dress costumes for us back in the day

) and knocking on the neighbour’s doors for sweet treats, apples and nuts.. great times, and great memories.

Today, the kids have state-of-the-art costumes, ‘trick-or-treat’, and Pumpkins galore. And hopefully still the same fun as we had..

‘Pumpkins Galore’ – leads me nicely onto today’s little recipe –  Pumpkin Scones for Halloween, or if you just fancy a special scone. I’m going to be serving these slightly warm with delicious cold butter, or with cream cheese flavoured with maple syrup and a dash of Cinnamon.. I found this recipe in a Good Food magazine, so I’ve adapted my simple scones recipe http://eatingforireland.com/recipe/home-made-scones/ to allow me to add some pumpkin puree and spices.

INGREDIENTS: makes 12 scones – can be doubled 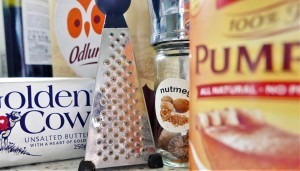 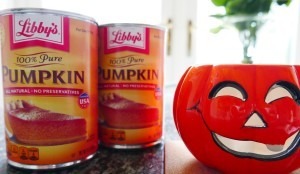 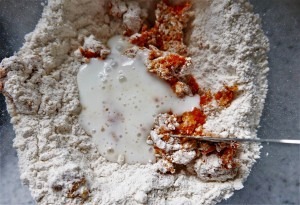 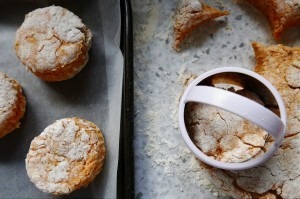 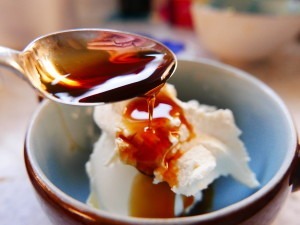 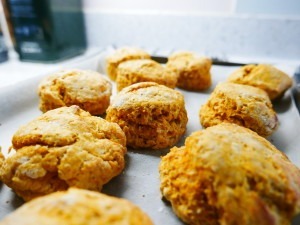 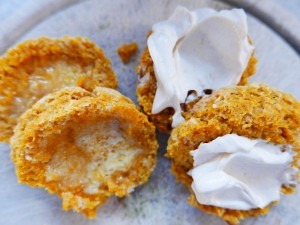 Here are a few more of my Pumpkin recipes: 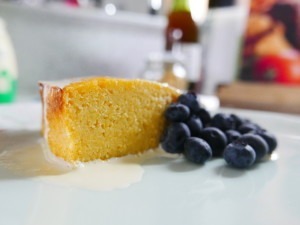 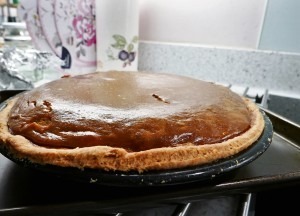 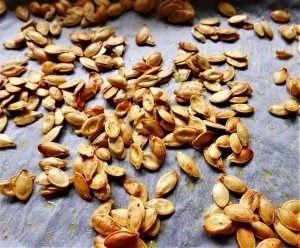