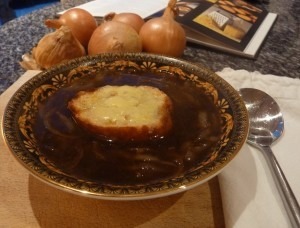 When we were teenagers, there was a restaurant  on Grafton Street called Thunderbirds that did an amazing French Onion soup. The ‘crouton’ on top was actually the top half of a burger bap, toasted and smothered with cheese. I absolutely loved it, and have been optimistically ordering French Onion Soup ever since. Nothing has ever come up to my memory of the Thunderbirds’ version though..

Also, and I’ll admit this freely, I’m not blessed with a huge amount of patience, so the slow-cooking part of this recipe has always been a bit of a trial for me.. However, at the Friends of the Hospital Book Fair this week I got a copy of Delia Smith’s Soup book for £2, and there’s a recipe for French Onion Soup in it. So on this cold, wintery, snowy day I thought I’d give it a go.. the good thing about it, is that it doesn’t require a lot of minding, so you can do other stuff while it’s cooking away by itself. 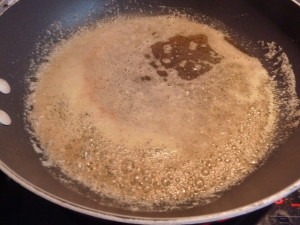 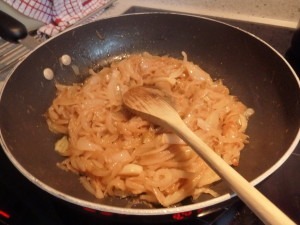 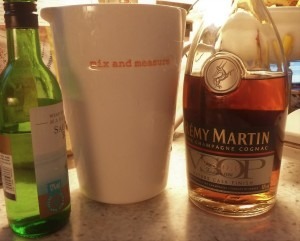 While the soup is having its gentle cooking, you can start on the croutons. You’ll need: 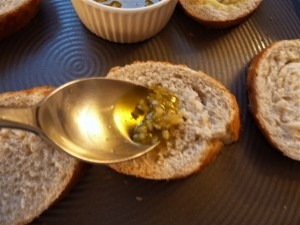 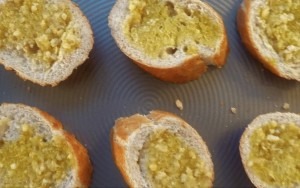 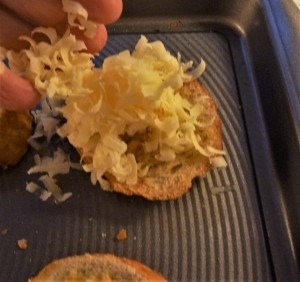 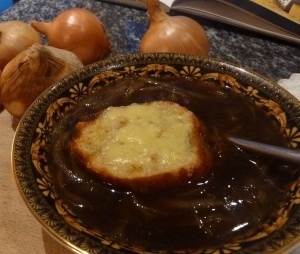