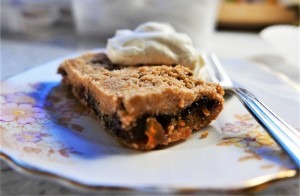 It was the beginning of August.

It was cold; it was wet – very wet – and definitely comfort food weather. We got caught in the rain on the sea path at Newtownards in the morning and nothing was dragging us out the door again. 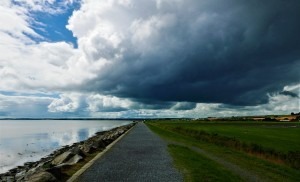 See that big, black cloud? Yep, right on our heads..

I decided to try a half-hearted tidy of the big cupboard in my kitchen – the one that holds all my cooking ingredients.

In the interests of honesty, I have to tell you that I found a jar of last year’s Christmas mince-meat almost straight away. 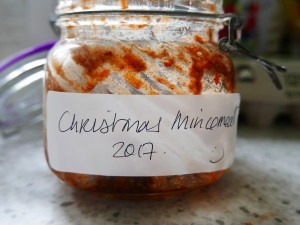 I wasn’t as mortified as I should be; I know that.

All I could think was to  use it up immediately. Mince pies? http://eatingforireland.com/recipe/home-made-christmas-mincemeat/ –  No, definitely not. It’s August, for goodness sake!

Mincemeat and Cranberry Roll-ups?http://eatingforireland.com/recipe/cheats-mince-and-cranberry-rolls/  – No, not them either (no ready-made puff pastry). I needed something that looked like it could turn up at virtually any time of year – and so we come to my Mincemeat Crumble Squares.. 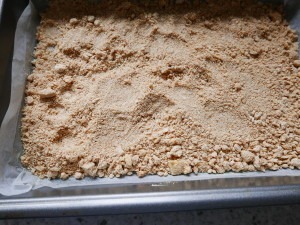 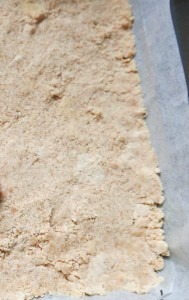 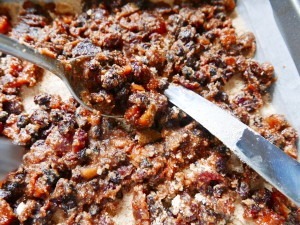 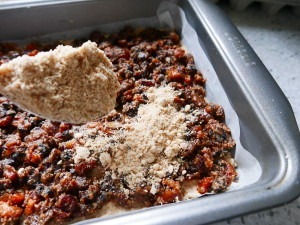 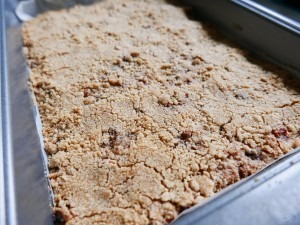 Just out of the oven.. 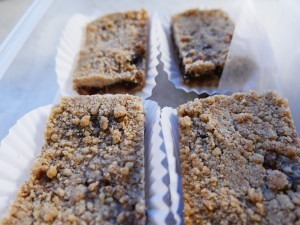 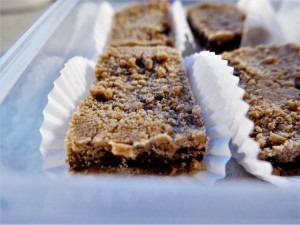 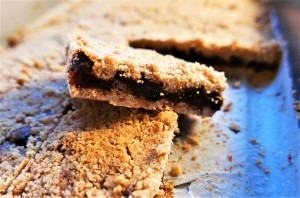