My Chicken and Sweetcorn Chowder 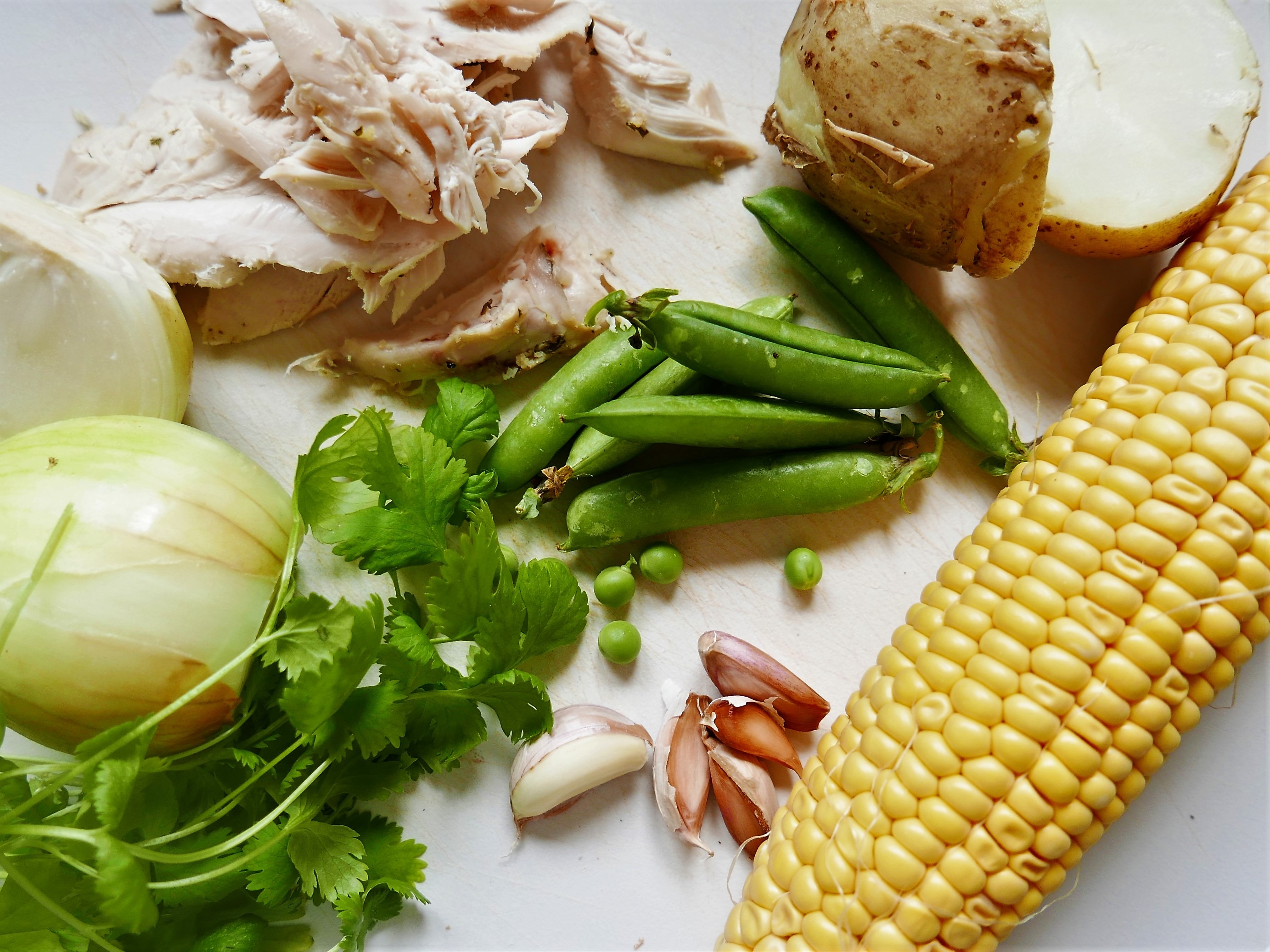 When the woman with her own food website runs out of basics – I’m not going to embarrass myself by listing them 😉 – it’s time to make the mighty trek to the supermarket. Being a damp old  day towards the end of the summer holidays meant that it was over-run with harassed parents/grandparents, and kids picking out new lunchboxes for the return to school. There was a very nice Harry Potter one that I fancied for myself, but I left it for a more worthy owner. 😉

Still, I navigated it all successfully and arrived home with most of what I needed. The problem was that there was so much ‘stuff’ hanging about the fridge that I had to do a massive clear-out before I could fit the new stuff in.

Here’s what I found: a bit of cold chicken left over from Sunday, 2 cooked potatoes (grown organically by our friends from St George’s Market), a single cob of corn, half a bag of unshelled peas, a small red chilli (I found that in the fruit bowl after I took the picture!) and the tatty remains of a pot of Coriander on the window sill.

To my mind, when the words ‘chicken’ and ‘sweetcorn’ come together in a sentence, they should always be immediately followed by the word ‘Soup’. I’ve never been able to master the Asian version which I loved so much in my youth, but I was certainly going to give my next favourite – ‘Chowder’- a go. And this is literally made from the leftovers in my fridge, plus a few ‘basics’ which I’d picked up during the Big Shop (I’m talking about stock cubes, milk etc)

INGREDIENTS:  My pot looks like it would yield about 4 really decent portions 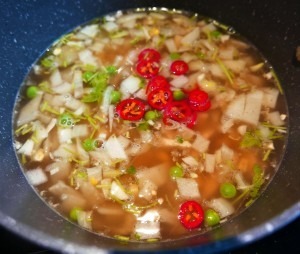 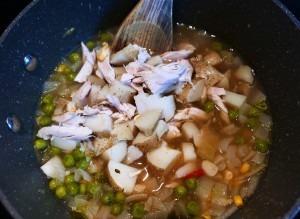 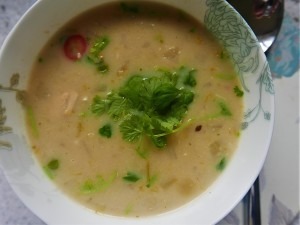