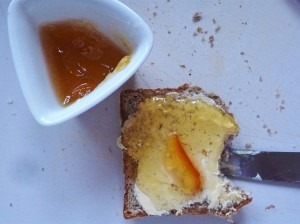 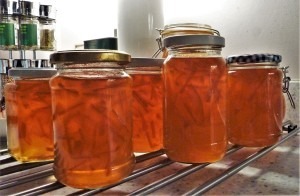 So here’s a question for you –  Why is jam made from oranges called Marmalade?

However, if you follow this recipe, you will be able to turn out your own delicious Marmalade/Orange Jam, and you won’t care about the answer!

Many thanks to all on the Eating for Ireland Facebook community who answered my plaintive cry for help.  Mary, Rosie and Hilary – thanks for your input!

Although this recipe is for Seville orange Marmalade, it works for every marmalade  – so use your choice of citrus fruits, just keep to the same quantities, and everything will be yummy!

INGREDIENTS: This will make about 3-4 Kgs (that’s quite a lot of marmalade – see Notes 4), so enough jars to hold that much. An ordinary jam jar holds about 450g, so sterilise a minimum of 10 jars. For everyday family use, I usually fill a large Kilner jar which I can then decant into suitable dishes for the table. 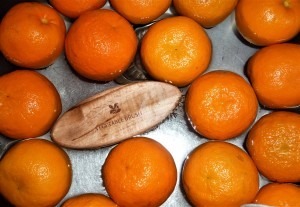 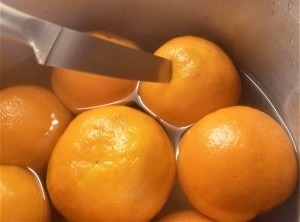 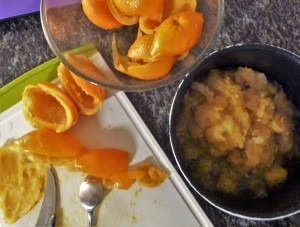 Scrap the pith and seeds into the medium saucepan 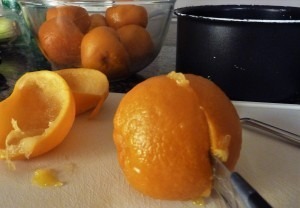 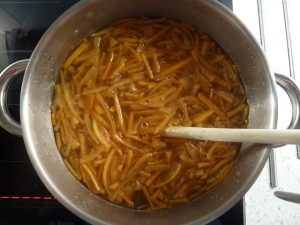 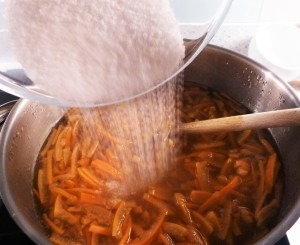 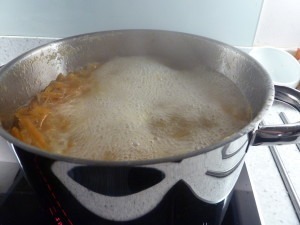 Checking for a set: 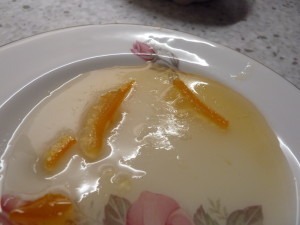 It needs to be much firmer than this pic..

7. A year after writing this recipe, I found a load of citrus fruit in my fruit bowl, and made Blood Orange, Pink Grapefruit and Sorrento lemon Marmalade – which is now my new favourite marmalade! 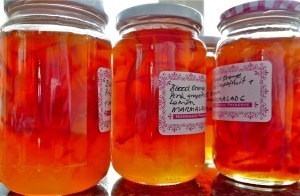