Home › Recipe › The Sticky Orange Upside Down Cake – with my amendments!

The Sticky Orange Upside Down Cake – with my amendments! 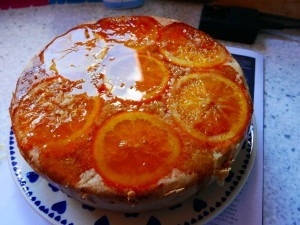 This easy recipe came in a free newspaper from the supermarket a couple of years ago.

I liked the sound of it, so I decided to give it a go.  It will come as no surprise to regular readers that as usual, I proved incapable of making a recipe as it’s written, but changed it to suit my family and tastes.

I’m going to give you my changes, (and put the original recipe in brackets, like this!)

Truthfully, I like honey as much as the next person, but the recipe looked a little top-heavy in it to me, so I’ve used it in the sticky orange sauce, but replaced it with golden caster sugar for the cake part.

There was also the small matter of the ground almonds – as parents of a nut-allergic child (who is now all  grown up, and left home) we still can’t bring ourselves to have nuts in the house. That will sound crazy to most of you, but anyone who has a family member with a life-threatening allergy – or even an intolerance-  will probably get it.

And, to top it off, as it was the week leading into the 12th July, which is a public holiday up here, the thought of an ‘orange’ cake tickled my rather infantile sense of humour, so I was grinning to myself as I made it

Make the orange topping first, because you have to let it cool completely before making the cake.

To make the cake: 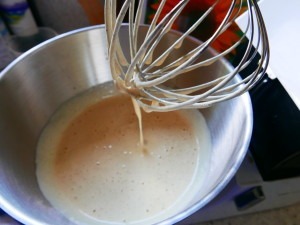 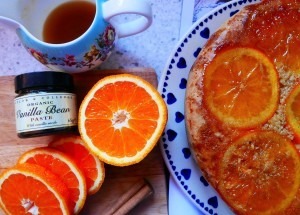 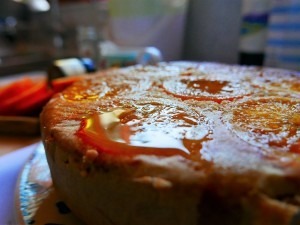 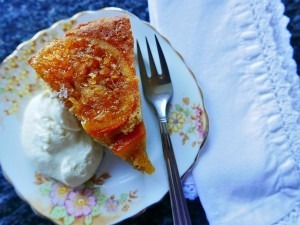