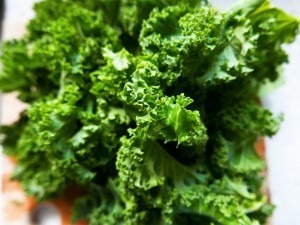 Eating for Ireland has finally succumbed to the lure of the almighty Kale!

I resisted for as long as I could – the memories of overly-strong Irish Winter Cabbage, boiled but still bitter; it’s scent pervading the entire house, was still fresh in my mind – but today the curiosity overcame the misgivings, and here we are  – giving Kale the roasting it was asking for all those years..

If you ever enjoyed what they coyly called ‘deep-fried seaweed’ in Asian restaurants back in the day (it was just finely shredded, deep fried greens apparently) then its grown-up, sophisticated, slightly healthier cousin might well be for you. No bitter taste, no cabbage-scented house; just crispy, salty, crunchy greens which I think taste best when eaten with your fingers.

I think that you should probably try this.. 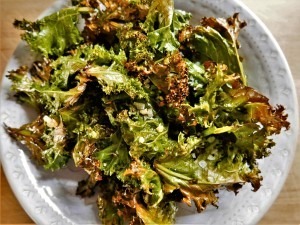 – someone most of you have never met;

– someone even your nosey next-door-neighbour doesn’t know;

– someone you’ve never told anyone about (I wouldn’t either, if I came across a website full of decent every-day recipes that actually worked

– someone ”off the Internet”!

What’s the worst that could happen?

Try the Kale!  I won’t ask for your bank details – I promise!!

INGREDIENTS: About 1 large leaf of Kale per person. 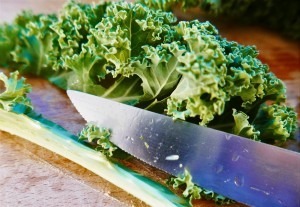 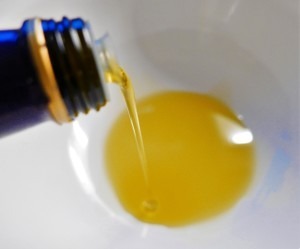 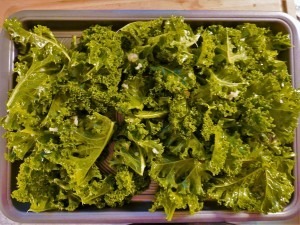 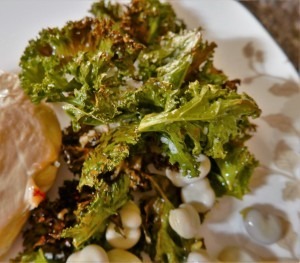 The edges of the Kale go slightly reddish-brown when it’s roasted.. 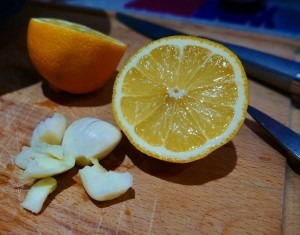