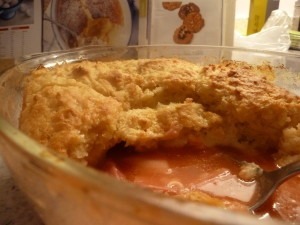 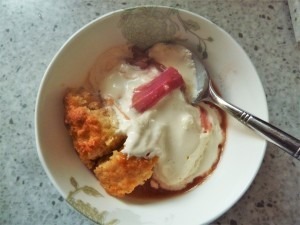 Funny word that – Slump…it makes me feel kind of sleepy..

Apparently ‘Slump’ is a New England word, and that’s where this comes from. I found this little gem of a recipe on the BBC good food page. 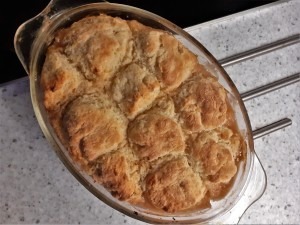 Whatever you call it, this useful recipe is wide awake, and makes a great change from the usual Rhubarb Crumble. Not that there’s anything wrong with a decent Crumble – it is one of the greats after all, but sometimes it’s nice to shake it all up a bit.. 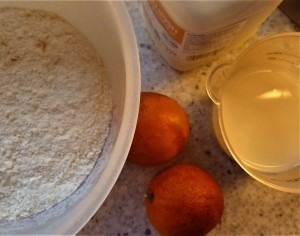 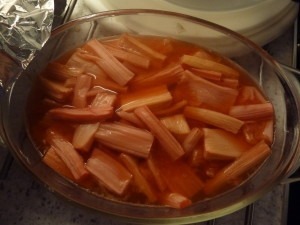 This is new season rhubarb – so it’s a beautiful pale pink colour.. 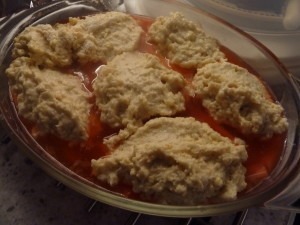 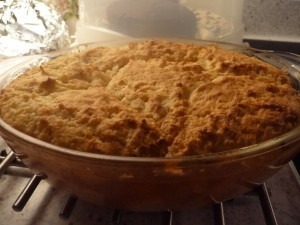 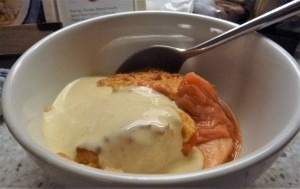 Straight out of the oven – straight into our tums!!