Home › Recipe › Ottolenghi’s Chicken all-in-one traybake, according to me!

Ottolenghi’s Chicken all-in-one traybake, according to me! 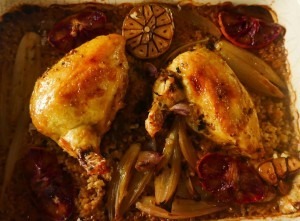 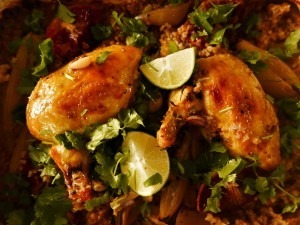 If you haven’t tried my Mediterranean Chicken Pilaf, you’re missing out on a great dinner-time favourite – for both friends and family – https://eatingforireland.com/recipe/mediterranean-chicken-pilaf/.
But here’s another All-in-one Chicken recipe – perfect for easy entertaining, and more than suitable for a family dinner too.   It’s based on one of Ottolenghi’s that I read in the paper recently. I’ve exchanged Bulgar wheat for the split peas in his recipe, simply because I like Bulgar wheat; I’ve also used Chicken Supremes, because I prefer them to chicken legs too

– I know, it’s all about me, right? – Just give it a go and see how you get on – we can always go crawling back to himself if it goes pear-shaped.. (but it won’t!)
EQUIPMENT:
INGREDIENTS: This recipe is for 4 people, but to feed more all you have to do is add a chicken portion per person, and up the quantities of the other ingredients slightly.. 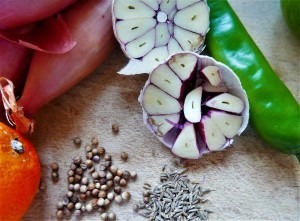 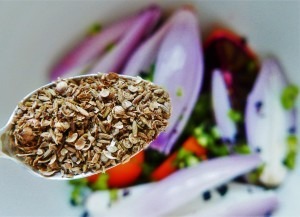 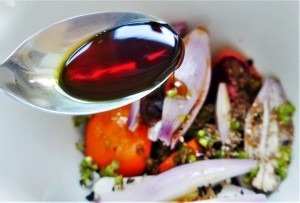 Adding the maple Syrup to the marinade 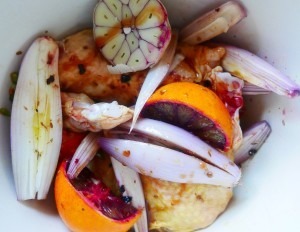 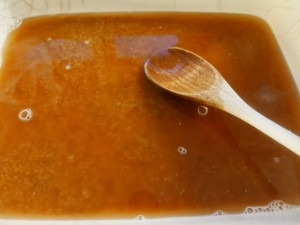 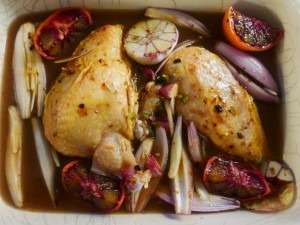 Cover with foil, then it’s ready for the oven. 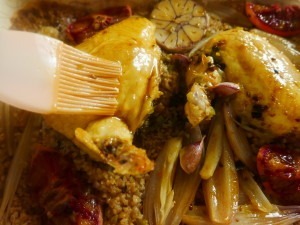 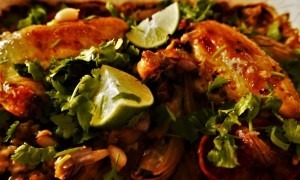