This sauce is amazing! Chilled in the fridge,it works as an accompaniment to cold meats or pies, but equally if you pour a jar of it into a casserole and add some water and a few chicken breast fillets, it makes a very quick, satisfying and tasty mid-week dinner served with rice and some steamed pak choi.

It’s got lots of goodies in it, but the method is simplicity itself. I think it would make a really acceptable hand-made gift for a suitably deserving recipient! 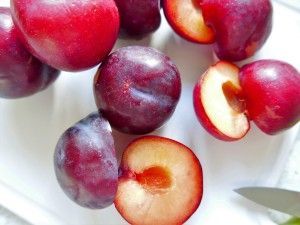 It looks almost good enough to eat even before you cook it! 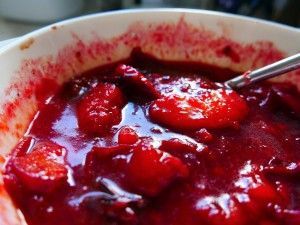 As you can see here – it’s darkened and reduced a little compared to the previous picture.