Posted on May 8, 2017 by Becks
print
There are times in life when only a baked potato will do the job. You can do all sorts of fancy things with them, but I’m an old-fashioned kind of gal, and I like mine with salt, pepper and proper butter.

When I was younger, there was a fad for those metal prongs upon which you impaled your chosen spud, and which was supposed to cook the inside of the potato more quickly. They never worked for me, so here’s my tried and tested method for perfect baked potatoes – soft and fluffy on the inside, and crunchy and salty on the outside. what you do with them after that is up to you, but I’ve put a few suggestions in the notes section at the bottom. 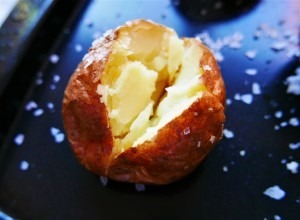 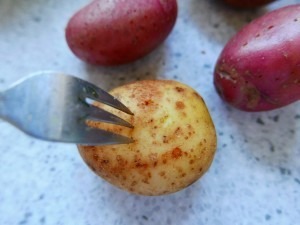 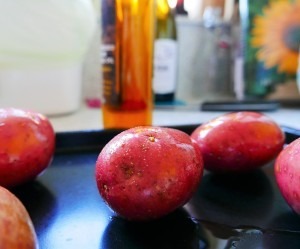 See how lovely and shiny they become! 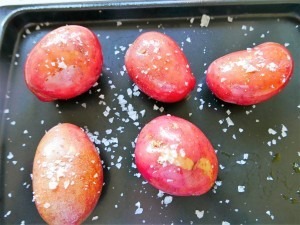 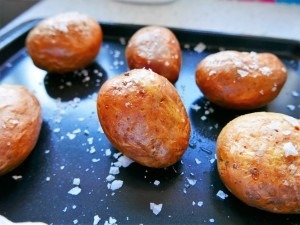 Ready to come out of the oven..

Cut the cross, then squeeze..