Home › Recipe › Doireann’s Crispy Chicken and Vegetables in a sweet and sticky sauce.

Doireann’s Crispy Chicken and Vegetables in a sweet and sticky sauce. 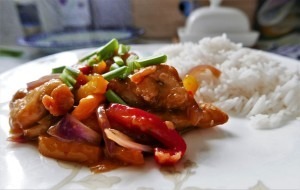 Over the years I haven’t really had much luck with internet recipes – said the woman with recipes on the internet – I look at some of them, go – eyeroll – ‘that’s never going to work’ and move on.

And that’s fine – until one pulls you in, and you think ‘hmmm, yes, now there’s a possibility’.  That false optimism lasting until the moment after the expensive ingredients have been committed, and it dawns that this is – yet again – a disaster in the making!

However – you knew that ‘however’ was coming, didn’t you? – I follow a select band of people on Instagram who appear to me to know what they’re talking about, food-wise, and when this recipe appeared a few days ago, I looked at it, read it all, and thought: ‘Saturday Evening Dinner’.

And so, dear reader, it came to pass that Mr Saturday Night and I had a delicious new recipe for dinner yesterday evening, and I really must share it with you all..

First of all, may I introduce you to someone I’ve never met, who lives in *checks phone* Cork. Or Tipperary. Anyway, she’s a chef (explains a lot, really) and is called @doireanns_kitchen on Instagram. Go on, and give her a follow! Thank you Doireann, for a delicious recipe.. here’s my extended edition of it.. 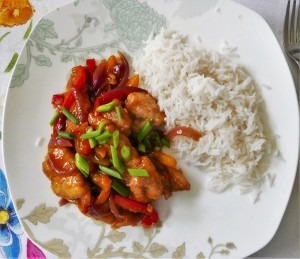 I think that much of this recipe could be prepared ahead of time, so that the ‘making the dinner’ part of it merely requires little more than bringing everything together. I’m referring to the blanched vegetables, the chicken, and the sauce ingredients. And that’s actually quite a lot – well most of it really – when you think about it..

For the crispy Chicken:

And for the sauce: 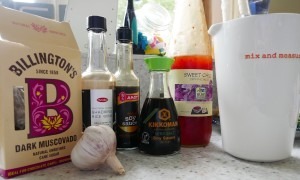 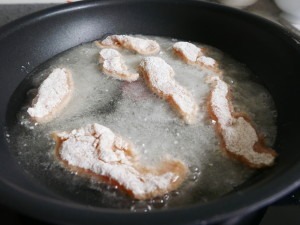 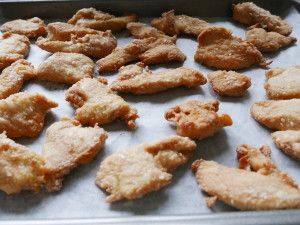 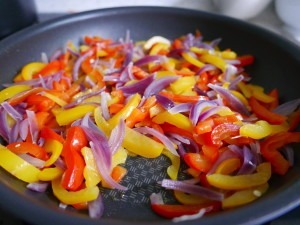