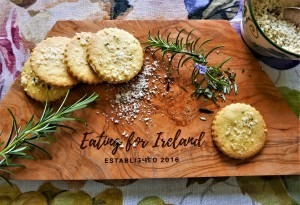 This recipe came from Australia, from my sister-in-law’s niece Chloe. My thanks to her Mum Muriel for sharing it with me!

These biscuits are seriously delicious. They are beautifully buttery with a delicate crunch. The topping – which I wasn’t going to bother with – is sweet and salty all at the same time, and really enhances these little biscuits. I was worried about the Rosemary flavour being too strong, but it was just perfect, humming away gently. The house smelled amazing after baking these!

So to Muriel, Chloe, and her colleague Paula – no longer the unnamed teacher from Australia; many thanks for getting in touch Paula, and for your delicious recipe – the Eating for Ireland (International branch) thanks you!

I used a 5cm cutter which gave me about 45 biscuits. I probably could have got more from the recipe if I’d rolled them all to a uniform thickness. Both the thin and slightly thicker biscuits work well, so feel free to see what suits you best. 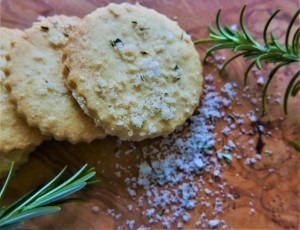 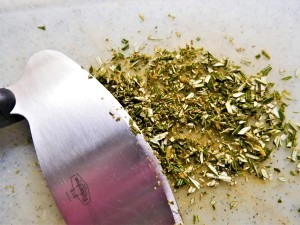 For Sprinkling on top: 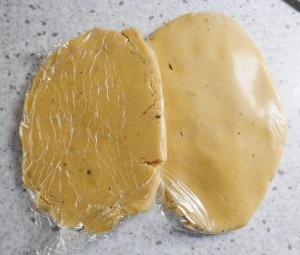 dough ready to chill for 30 minutes 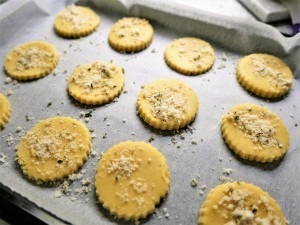 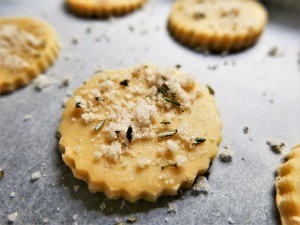 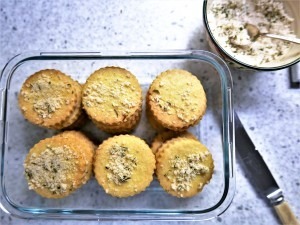 Store in an air-tight container