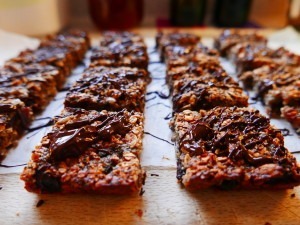 We’d gone our separate ways on that sunny morning, pre-Storm Gareth, but rendezvoused (is that a word?) back at the house at about 11.30. It was such a fine day (at that stage) that we decided on a walk through Ormeau park to the Café at the Asian Supermarket.
Mr Saturday Night had his usual scone – while I hummed and hawed, and finally chose a bar called an Apricot Crunch. I’m not a huge fan of bought traybakes, (I find them too sweet, by and large) but I have to admit I was immediately smitten by this creation, and hoovered it up before someone (and I’m not looking at anyone in particular here..  😉 ) swiped it from under my nose.. The café had begun to get busy with the early lunch-time rush, so I didn’t have the chance to ask if there was a recipe for this excellent item. ‘No bother’ thinks me, ‘I’ll check the internet’.. Naturally,  it took a whole lot longer than I thought, but here’s my humble offering, and as usual I’ve made the mistakes, so you don’t need to worry about them..
EQUIPMENT: 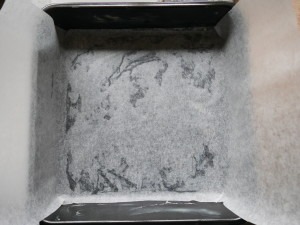 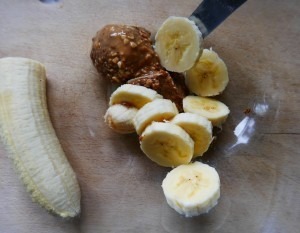 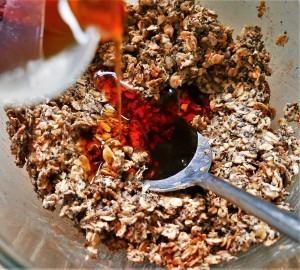 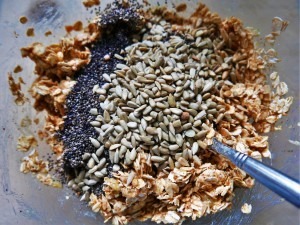 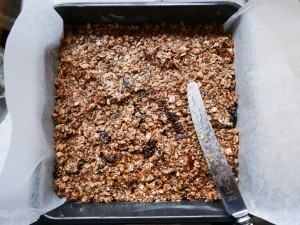 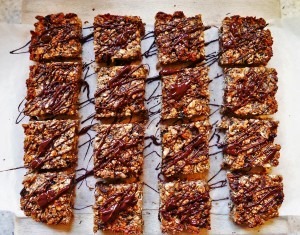 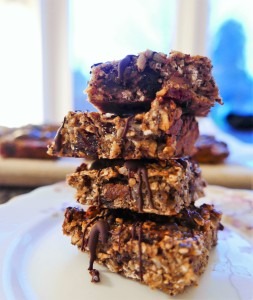