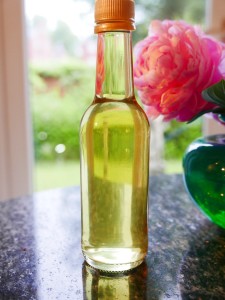 I’d never thought very much about Mint syrup until I saw a picture of a Menthe a l’Eau on Facebook recently (Thanks Ash!). Apparently it’s popular in Europe, and very refreshing in warm weather.. It looked amazing – all green and icy – and I wanted one..

By coincidence, there happened to be a large bunch of Mint sitting in a jug on my kitchen window sill. It was looking a bit sad now, to be honest, so what better plan than to have a go at Mint syrup? It was certainly better than doing the ironing, which was my alternative that evening..

Menthe a l’Eau – sounds so much more exotic than ‘Mint in Water’,  n’est pas?

Here’s this easy recipe – there’s no preservative in it, so unless you’re going to freeze it, don’t make too much..However it freezes really well, so if you have a flowerbed full of Mint – get to it!

INGREDIENTS: This is what I used, as it depended on the weight of my mint leaves.. 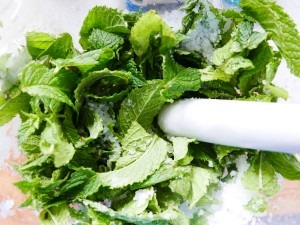 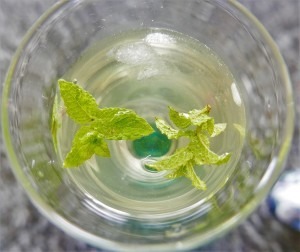