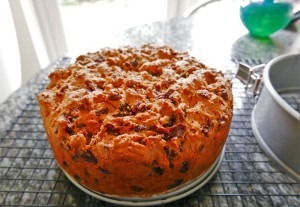 Mrs Halpin’s Tea Brack is made with fruit that has been soaked over-night in freshly-made sweet tea, and then has eggs, flour and spice folded in. I have great memories of this brack. I think perhaps the taste was enhanced by the sound advice and good humour that accompanied it!

‘Nana Máire’  – for those who may wonder how to pronounce Máire, it’s the Irish spelling of Maura, and is pronounced the same way – is my best friend’s Mother. Of course, she wasn’t called Nana Maire when we were young; that came later with the arrival of her first 3 grandchildren

She would produce a cup of tea (two sugars, whole milk) along with a slice of generously-buttered tea-brack, as you sat at her kitchen table and told  her all your worries. 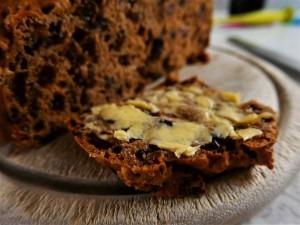 I wrote to her after I’d left home, to ask her for the recipe. I still treasure her hand-written letter, which came by return of post. It’s dated November 1985, and contains advice about the gas pressure being better at night, and how it might affect the cooking times!

We should  all have a Nana Máire in our lives; I’m very glad she is a part of mine 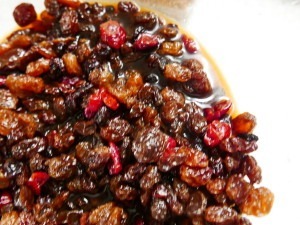 This what the fruit looks like after soaking – it has absorbed most of the tea. 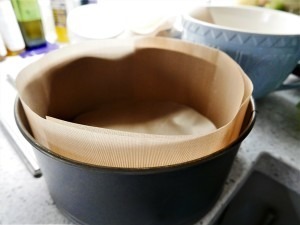 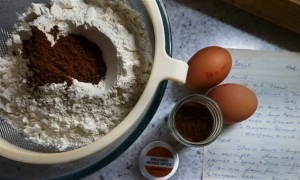 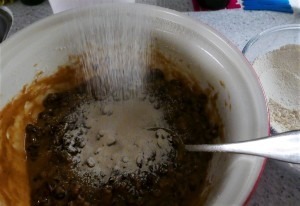 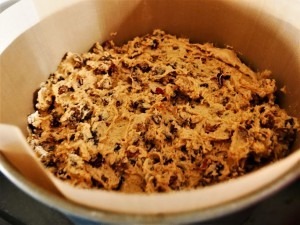 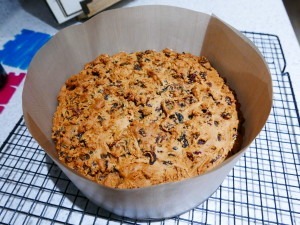 Just out of the oven – smells divine! 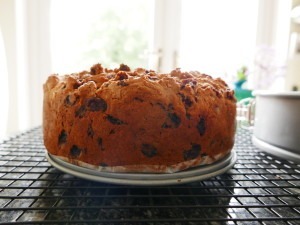