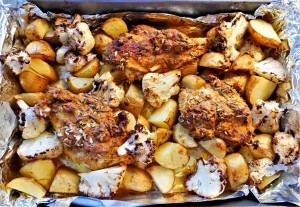 I’m a big fan of Deb Perlman of The Smitten Kitchen.
If I may make so bold, I fancy that she and I might be a little bit alike; in that she reads a recipe and immediately goes about changing it to suit her own particular audience.
I don’t subscribe to the rather po-faced view that a recipe is written in stone; I’d much rather have my family’s preferences taken into account when trying something new; than foisting someone else’s opinions on them. I’m opinionated enough for one household, thanks!
Hence, I read this offering from The Smitten Kitchen, and thought – I can do that!
Truly though, is there anything better than shoving everything onto an oven tray, bunging it in the oven for ‘x’ minutes, and then serving it from the tray to the admiring masses? Not in my book, especially after a day at work.. or, as is more likely now, a day NOT at work?
I’m moving some of the NOTES to the beginning for this recipe.. So give this a go – keeping the quantities similar, and either ramp the spices up or down as it suits you.

T’will all be grand.. 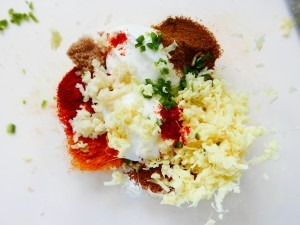 Mix all the marinade ingredients together, and put the chicken in.. 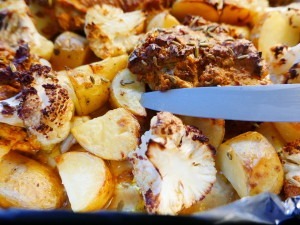 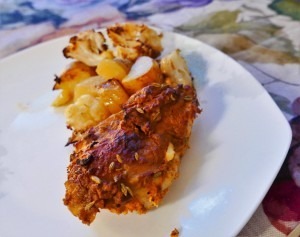