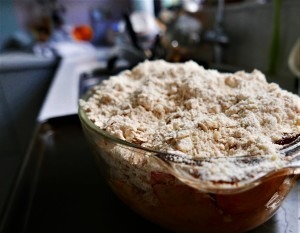 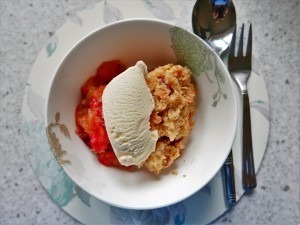 There are so many things that can receive the ‘crumble’ treatment!

My personal favourite is Rhubarb; my friend Anne can’t go past Apple Crumble, while Mr Saturday Night doesn’t care what the fruit is, as long as there’s orange zest in the crumble mixture.. Everyone’s got their own thoughts on this topic, but we all agree that the quality of the crumble topping is of vital importance..

So here’s my Crumble recipe for you..

In a food processor: 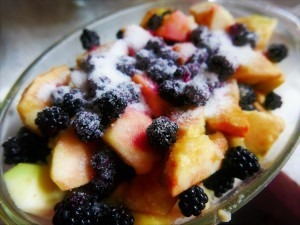 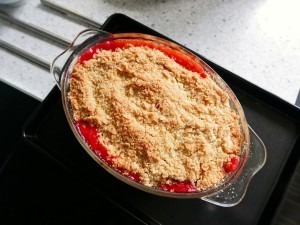 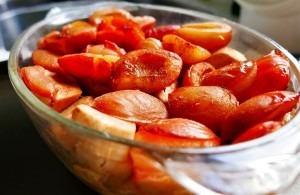 Plum and Apple.. An Autumnal favourite! 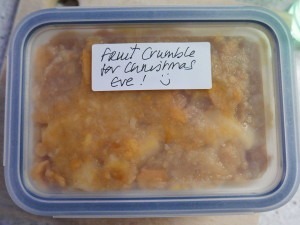 What it says on the tin!