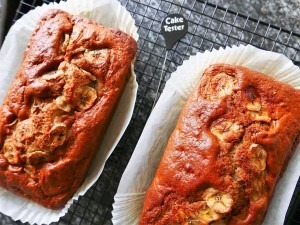 It was only when my daughter phoned complaining about a Banana bread recipe from the internet that didn’t work for her, that I realised that I had never put up my own recipe for you.

This recipe works on so many levels – It’s delicious fresh with butter;  when it’s toasted, it takes on a delicious caramel flavour. And then there’s that saintly ‘I’m saving the planet’ feeling of not wasting good food… I mean, over-ripe bananas are disgusting and fit for nothing, right?  – not anymore they’re not… 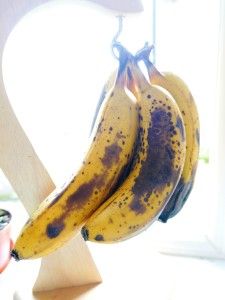 Look at them – fit for nothing – until you try this recipe!

The recipe below makes one really good-sized cake in a 2lb loaf tin, but I always double it and make two – it’s twice as much cake for the same amount of work. It freezes amazingly well, and it’s in your back pocket so to speak, in case of gastronomic emergencies, or as a gift that will be welcomed and appreciated by the lucky recipient.

It’s a fairly robust cake too – I used to post it to our daughter when she was away at college, and as far as I know it arrived intact. Having said that, students aren’t usually too bothered by the aesthetics, are they? Just as well really, as I must warn you that this cake is no beauty queen; however, as we all know, looks ain’t everything…

One thing that is quite important, and this applies to all baking – have a look at the instruction book that came with your oven – it will tell you at which level to put the tins to get optimal results. I never knew this until recently; probably because I never bothered to read the instructions – an oven was just an oven – I’m 60 and a bit, and still learning new stuff…

(My oven says to cook it on the lowest shelf, btw)

INGREDIENTS: FOR ONE CAKE 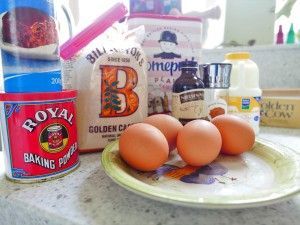 Four eggs – this is me doubling-up! You only need two eggs for one cake. 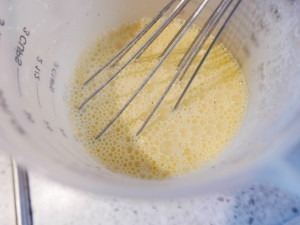 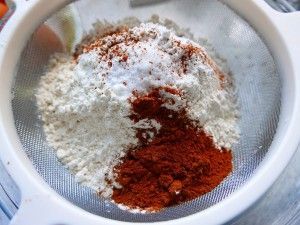 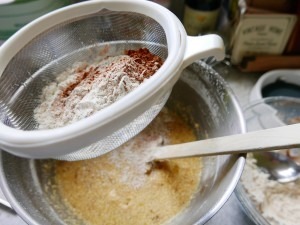 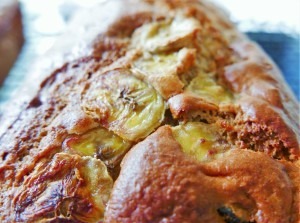 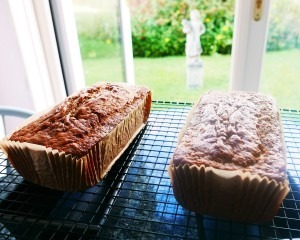 As my dear Mamma would have said ‘they’re no oil painting..’

But they taste delicious! 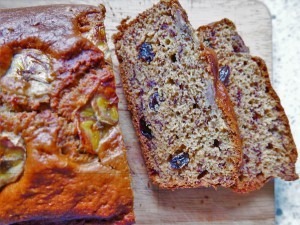